I bought this piece a few years ago and it spent a couple of summers in the cabin as is.  It was a gilt picture frame with a modern poster rendition of a painting.  I was told by the owner that it had originally held a mirror.  While it is vintage and I am sure it held a mirror, I don't believe it is any older than 1950 or so.  It did have some damage and I did do a few repairs as I did the make over. 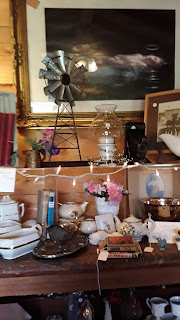 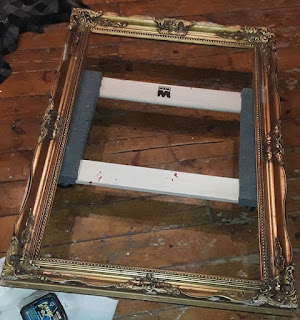 Gilt frames sell rather well on ebay and usually command prices upwards of $100.  Aside from a few repairs though, I also felt that it was just an awful lot of gold.  Just way too much.  I also wanted to use a mirror and add transfers, although a mirror for this size of frame (24x36..huge!) would be extremely expensive.  Instead of finding a mirror I used Mirror Effect spray paint and a vinegar water spray to mimic the look of a very old mirror on the glass that came with it.  This was the first time I had used this technique.  I painted the frame in a combination of Muscadine  Wine and Plum Crazy by Dixie Belle Paint.  I added Gilding wax to the areas of the frame that I did not repaint.  The transfers are parts of Midnight Floral from redesign with prima transfers.  This is a beautiful, elegant piece and it is waiting for a new home.  The pictures do not do it justice! 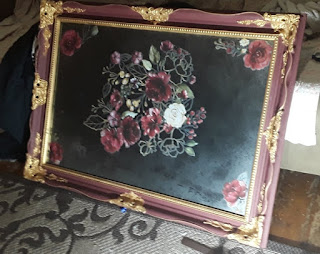 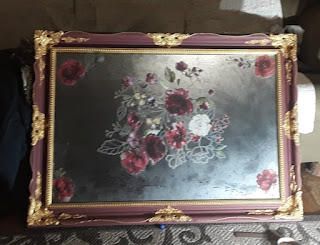 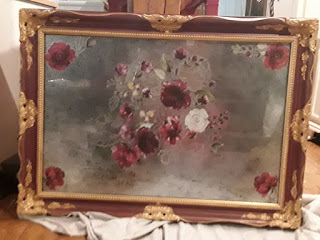